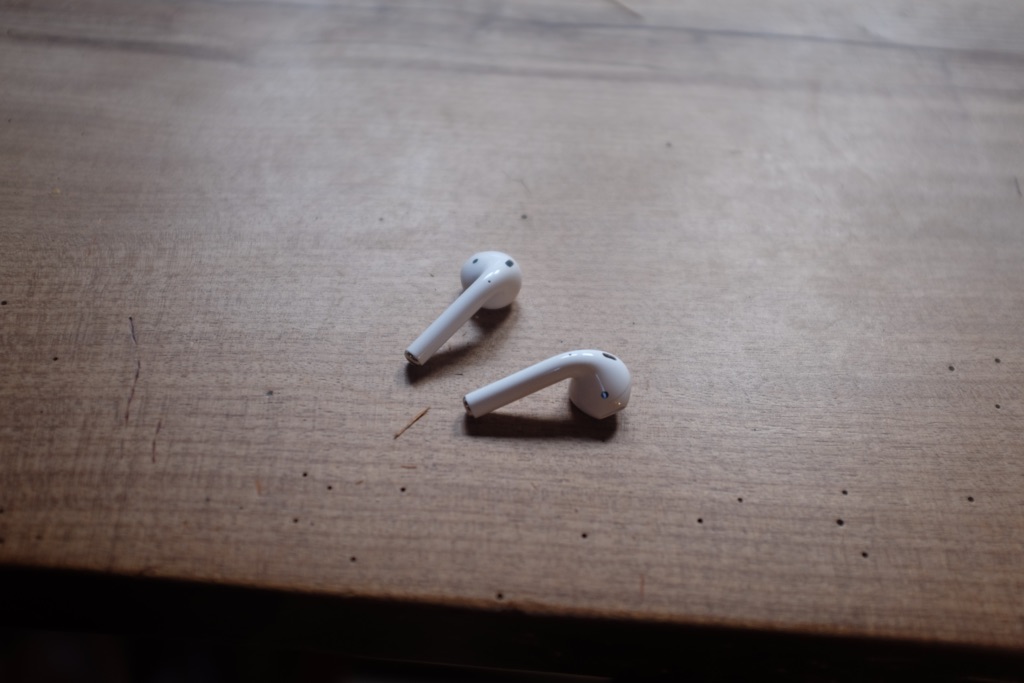 Apple’s had a bad few years. Financially, things are great, but product innovation has not only slowed to a crawl, but in cases like the Touch Bar, has stopped, reversed, and is chugging along at full steam in the wrong direction. I’d planned to ignore the release of the AirPods, but some personal anecdotes from a few early adopters were so strong, that I caved and bought a pair.

Boy was I wrong. The AirPods are easily the best product that Apple has released in recent memory.

My biggest fear going in is that like the other wireless technologies that we know and love, they would occasionally just … not work. Having a call drop is annoying, but earphones that can’t consistently play music is a recipe for frustration so total that it borders on agony. But now I’m a few weeks of use in, and that just doesn’t seem to happen; the AirPods’ connection is so seamless that you forget you’re not attached with a wire.

And speaking of wires, the future is bright. Not having a Gordian knot to untangle every time your take your earphones out of pocket, and not getting caught on anything you walk by that’s protruding ever-so-slightly is freeing, and you start to appreciate it immediately. Getting them in and out of your ears is fast and easy.

It’s the minor touches in usability that make the AirPods a great product. If you take one out of your ear playback is paused automatically, and resumes when you put it back in. The included charging case is every so slightly magnetic so that when you slide your AirPods into it, they’re sucked in with a satisfying click. Both ears have a built-in microphone, and it only takes a second to throw one of them in for a phone call for a result that’s as natural as if you were talking to the other party in person.

Their major weakness is total lack of of sound insulation. If you’re anywhere but the most serene environments, whatever you’re listening to will disappear into the background noise, which vastly diminishes their functional usefulness. A street with even light traffic, a gym that’s playing background music, or even voices in a crowded room are all enough to make listening to anything over AirPods an unfulfilling experience. I would have thought that Apple employees using their own products would eventually push development in the right direction, but years of disappointment on this front suggest that it’s not the case. Cupertino must be a very quiet place.

Despite that, they’re still great and a pleasure to use every time I take them out. Apple: fewer Touch Bars and dongles please; more of this.