George R. R. Martin announced today that The Winds of Winter will not be released before the sixth season of A Game of Thrones on HBO as had been originally planned; not surprising for many, but the word from GRRM himself makes it official. The news is important to fans because it marks the first time that the TV series will pull ahead of the books and forge ahead into unknown territory.

I logged into the Hivemind to try and assess sentiment online. It’s not optimistic:

I feel like absolutely no one is surprised by this.

At this point, it wouldn’t even be surprising if the book wasn’t released before the show ended …

There were at least a few references a long running gag in fantasy books 1:

Fully expecting Brandon Sanderson to have to take over.

Others more seriously call for GRRM to get a co-writer before it’s too late:

Sanderson is the wrong choice for this particular series, but yes, it’s time to hire a co-writer. He can work closely with GRRM to structure the story, get it on paper, and GRRM can rewrite and revise away in his own voice. It would be a hell of a lot better than someone else finishing it alone after his death, or leaving the HBO series as the only true ending.

And certainly both book releases in the last decade and the recent delays on The Winds of Winter seem to suggest that that the time to write a book isn’t going anywhere but up:

There’s also the problem that A Dance with Dragons seemed to introduce more exposition rather than help prepare any of the books’ many divergent storylines to be tied up. It’s now a real possibility that the series will have to expand beyond the originally planned seven books.

Personally, especially after the test of endurance that was A Feast for Crows, I’m more excited for the new TV season anyway. Season six premieres on April 24th. 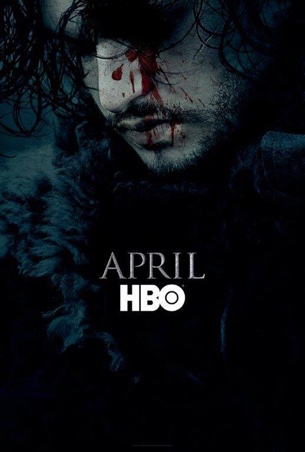 1 Sanderson is famously productive and stepped in to wrap up The Wheel of Time after Robert Jordan passed away before he could finish the series.