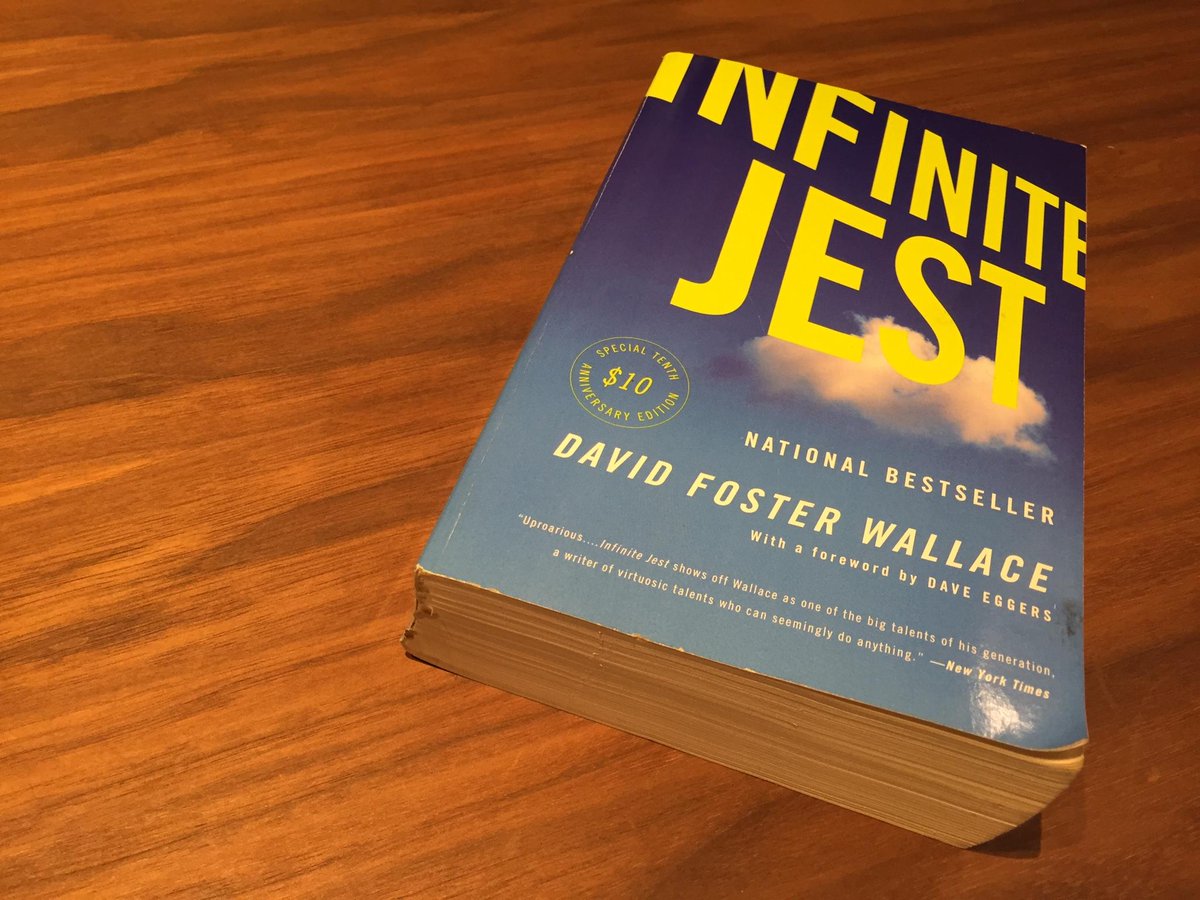 I just finished David Foster Wallace’s magnum opus Infinite Jest. Generally regarded as a work of literary genius, it’s also infamous for being incredibly difficult to read. Rather than following any kind of traditional story telling techniques, DFW presents us with a series of loosely coupled scenes where a large number of cast members engage in seemingly meaningless activities or interact with each other in inscrutable ways. I got a third of the way through the book before going to find a plot synopsis (in despair); it turned out that I’d failed to realize what the book was even about.

To anyone about to embark on this journey, I’m going to go ahead and recommend something that would be profane to IJ’s considerable fanbase: an assisted read. Before starting, read the Wikipedia article, twice. Before starting any chapter or segment, use the scene-by-scene guide to find out what it’s about (yes, even by the end of a chapter you may still not know). Consider getting a copy of Elegant Complexity as a companion for your reading.

After you’ve finished the book, jump over to what happens at the end of Infinite Jest? and see how you did on deciphering major plot points. I scored 0%. If this was any other book that might be a record, but in IJ’s case, that’s par for the course. Compared to IJ, even the movie Primer looks like an idiotically shallow Michael Bay flick.

Herb: Is there no “ending” to “Infinite Book” because there couldn’t be? Or did you just get tired of writing it?

DFW: There is an ending as far as I’m concerned. Certain kind of parallel lines are supposed to start converging in such a way that an “end” can be projected by the reader somewhere beyond the right frame. If no such convergence or projection occurred to you, then the book’s failed for you.

It failed for me.