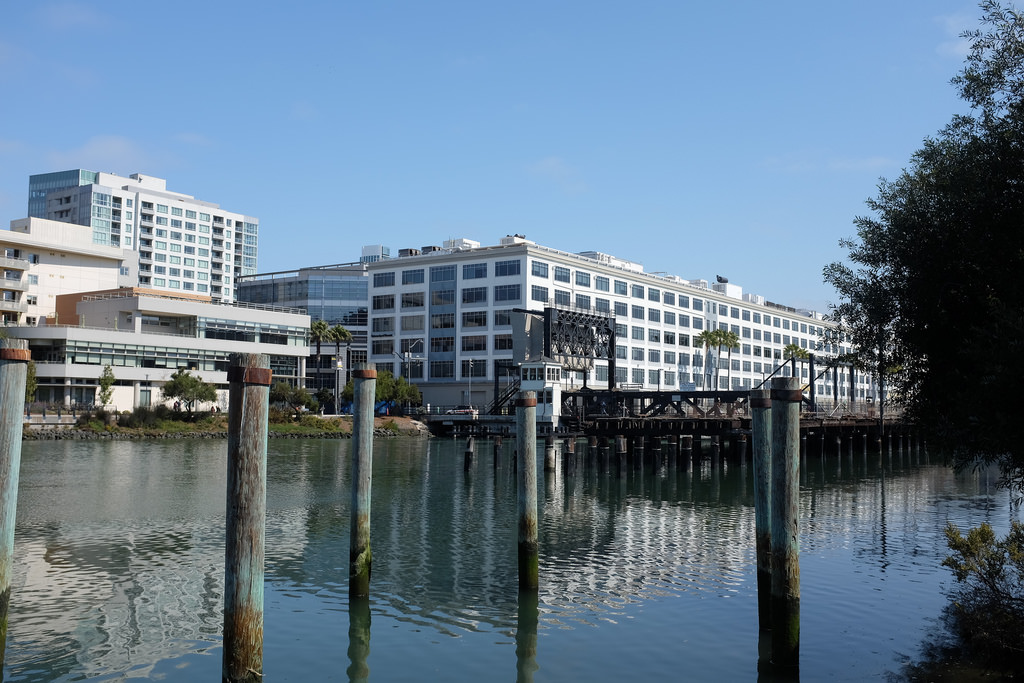 After years of incremental office expansions in San Francisco’s Mission district, we’ve got a new office (codename “Ivy”) to tide us over until our more permanent home is available next year. The space is the 4th floor (and half of the 5th) of the “China Basin” building by the ballpark and Mission Creek; a lease recently vacated by Dropbox as they moved to their new headquarters.

The size of the new floor is somewhat disorienting given that the build extends for a full “SOMA block”. That might be a meaningless term if you’re not familiar with SF, but to give you an idea: previously the company was occupying six combined floors of three separate buildings, but we can now fit all our personnel on a single floor with room to spare.

The obvious downside of the new office is that we’re now in SOMA. The upsides were less obvious to me before we moved in, but are now clear: quick access to the Bay, a location just minutes from some of the most peaceful green space in San Francisco (a rare luxury in this city), and doorfront access to the best running routes in the city 1.

One of my favorite innovations in the new space is the “quiet room”; a soundproof area that previously functioned as Dropbox’s music room, now repurposed for distraction-free work.

I’ll miss our old stomping grounds in the Mission, but these are pretty good too.

1 Where “best” is defined by those with the fewest lights. A route down to Heron’s Head Park is one of my new favorites.