Fragment
Notes on the new 12" MacBook

Notes on the new 12" MacBook

After a few weeks of deliberation, I decided to go through with the purchase of Apple’s new 12” MacBook (otherwise known rather ambiguously as just “the MacBook”). My old 11” MacBook Air was in pretty rough shape, and I was looking forward to kick the habit of doubling my work laptop as a personal machine anyway. I was indecisive for a time though because although I’d been looking forward to Apple’s impending release with the most Apple lust that I’d had since the iPhone 4, the final design raised so many red flags that it was really right down the wire as to whether I would get one.

The Apple Store was estimating something like a six week delivery schedule at the time, so as you can imagine, I was pleasantly surprised when I had it in my hands roughly three days after ordering. Better to underpromise and overdeliver I guess. 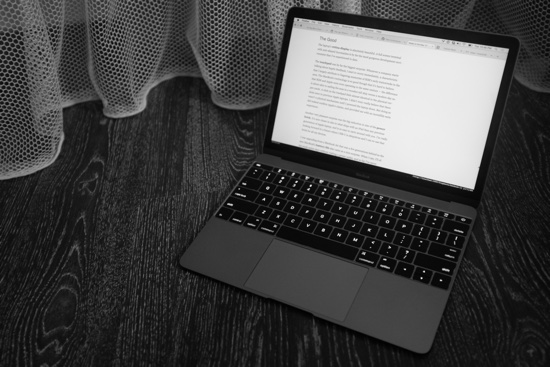 The laptop’s retina display is absolutely beautiful. A full screen terminal with anti-aliased Inconsolata is by far the most gorgeous development environment that I’ve experienced to date.

The touchpad was by far the biggest surprise. Whenever a company starts talking about haptic feedback, I start to worry immediately, a characteristic that I largely attribute to lingering memories of RIM’s early trainwrecks in the area. I needn’t have – a click on the new trackpad feels almost identical to the physical versions seen in previous Apple laptops. I didn’t even really believe that there wasn’t a physical mechanism until I powered the laptop down. But doing so did indeed confirm Apple’s claims, and provided me with an incredibly eerie experience.

Another very pleasant surprise was the big reduction in size of the power brick. It’s now closer in size to what ships with an iPad than any previous generation of Apple laptop, and is very easy to carry around with you (it’s 29W compared to the Air’s 45W brick). I’m really looking forward to a future where USB-C is ubiquitous and I can re-use that brick for all my devices.

I was upgrading from a Macbook Air that was a few generations behind so the new MacBook’s battery life also came as a nice surprise. When I can, I’ll often work entire days without visiting a power outlet, and so far I’ve never come close to running out of juice. (That said, I keep a pretty close eye on top -o cpu for processes that are out of line.)

The keyboard is about as disappointing as I expected. A lot of review sites claim that it’s something “that you’ll have to get used to”, and to some degree they’re right. But after getting used to it for a few weeks now, I can confidently say that although it’s not the worst, it’s pretty apparent that I won’t ever be hitting the same kinds of typing speeds that I could with the old scissors keys.

I really miss MagSafe. A lot of that is just the ease at which I could plug in a laptop before, but I also miss the visual charge feedback in the form of an LED on the cable coming on. Apple tried to replace that with an iPhone-esque sound effect. It didn’t work. I’m conflicted about this one though; if the gain here is a “one size fits all” cable in a world where every device uses USB-C, then maybe the trade-off is worth it.

Clockspeed isn’t the worst problem, but it is a problem. Most day to day tasks are okay for now, but trying to compile or do anything CPU intensive is noticeably slower than even the previous generation of MacBook Airs.

I was really hoping to feel the weight reduction, but despite being lighter, I barely noticed the difference between it and my old MacBook Air except that its narrower profile allowed me to fit it through the mouth of my bag more easily. Unfortunately, I think the major gains in this area have already been gotten.

The peripheral ports are unquestionably the worst thing about the new MacBook. At only one port I find myself constantly having to make hard decisions like whether I want to charge the device or pull some photos off of my camera. Even two ports would have gone a long way towards a more reasonable experience in this area.

Worse yet (and thus classifying the ugly categorization), I don’t even see how the 12” MacBook will be a good fit into the USB-C heavy ecosystem of the future. I think a lot of people are envisioning an external display that you can plug in and instantly get access to (1) power, (2) the second display, (3) a huge selection of external devices, and everything else under the sun. The trouble is that many of these new displays are naturally going to ship at 4k resolution, a number that will be truly daunting for the underpowered MacBook.

I really like using the new MacBook. The screen, battery life, and smaller power brick make a big enough difference for me that they outweigh all the new machine’s minuses. That said, I wish that Apple hadn’t cut things so close to the wire in terms of making a useful computer. There were so many design flaws that the decision to put the order in was difficult, and even now that I own it and like it, I still find myself questioning the purchase compared to something like the latest version of the 11” (still non-Retina) MacBook Air.

Fragment
Notes on the new 12" MacBook