I recently picked up a PS4 mostly due to a FOMO on certain rich gaming experiences like The Last of Us and Journey. An unexpected bonus to fall out of the purchase was the availability of a Plex client for the platform. I picked up a Plex Pass (still required) and downloaded it.

The interface is nowhere as nice as Plex’s new interface for the Apple TV, or even the interface they’ve been shipping for years for OSX, but it’s functional and follows the styling of the rest of the PS4’s GUI pretty well. The basic staples that you’d expect, like cover art and basic descriptions, are there even if they’re a little slow to load compared to other clients.

The basic playback controls work pretty well with a PS4 controller. Scrubbing isn’t bad, with the L1/R1 buttons able to move backward or forward to seek a time, and the video pausing briefly while the server’s transcoder catches up.

Subtitles are painful in that they’re not selectable from the client itself. Rather a default subtitle (or audio) track needs to be selected for videos from Plex Media Server’s media manager UI and it will respect those options when transcoding to clients. Setting a global subtitle language default for non-English movies works well except for when a video’s languages haven’t been labeled.

Video playback was generally problem-free, but once in a while a video would have trouble starting and I’d get an error indicating that playback timed out. It would usually work on the second try. I stress tested the setup a bit with the bird scene from the beginning of the first episode of Planet Earth and it did lag considerably, but I’m glad to say though that this was the only instance of this problem that I ran into. 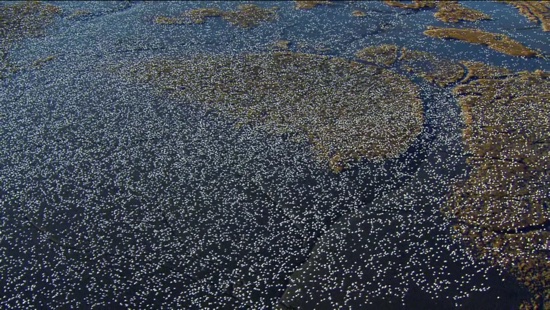 The PS4 version of Plex is far from the best client out there, but I’m now set up so that my PS4 handles all my videos, music (via Spotify), and gaming so I’m never fiddling with inputs on my receiver anymore which is worth a lot. Until I find a more significant problem I’ll keep using Plex for PS4 as my main playback client.