Fragment
The rise of the smartphone's eye 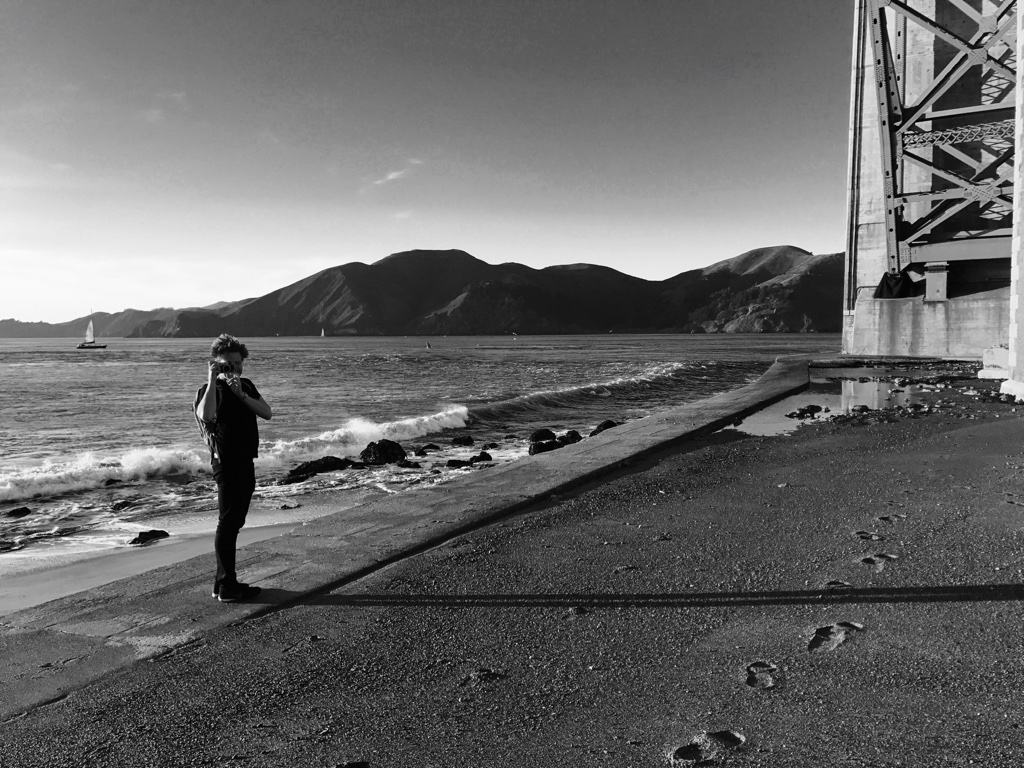 The rise of the smartphone's eye

A few months back a friend and I were doing walk around San Francisco, and ended up walking the whole coastline from the ruins of Sutro Baths to the Marina. We took a lot of photos along the way. I was shooting with my Fujifilm X100S. She was using her iPhone 7.

While we examined our haul of photos from the expedition, I saw something that worried me. The iPhone 7 photos weren’t just good, they were really good. So good that they were competitive with anything that I was doing with my dedicated camera. The photo above is one that she took of me as we were making our way around the base of the Golden Gate Bridge to Fort Point, and it’s better than anything I took that day.

iPhone 7s are expensive, with the base model coming in $649 USD, but if brazenly overpriced smartphones are being outcompeted on that front by one other industry, it’s pro and “prosumer” camera equipment. The latest model of my camera, the X100F (F = “fourth”) weighs in at $1,299 USD; two times the price of the base iPhone 7.

I still remember a time when phone cameras were about 50 by 100 pixels in resolution, and so embarassingly bad that you wouldn’t show one to your most ardent supporters. Not only have those times passed, but they’re so far removed from today’s reality that they’re nothing more than a mildly interesting historical footnote.

There are some enthusiasts like myself who will need to have their “real” (i.e. non-smartphone) cameras ripped from their cold, dead fingers, but the future of photography, and more specifically the type of device that we’ll be using for it, seems to be more clear all the time.

Fragment
The rise of the smartphone's eye

Photo by Keiko Oda and republished with permission.