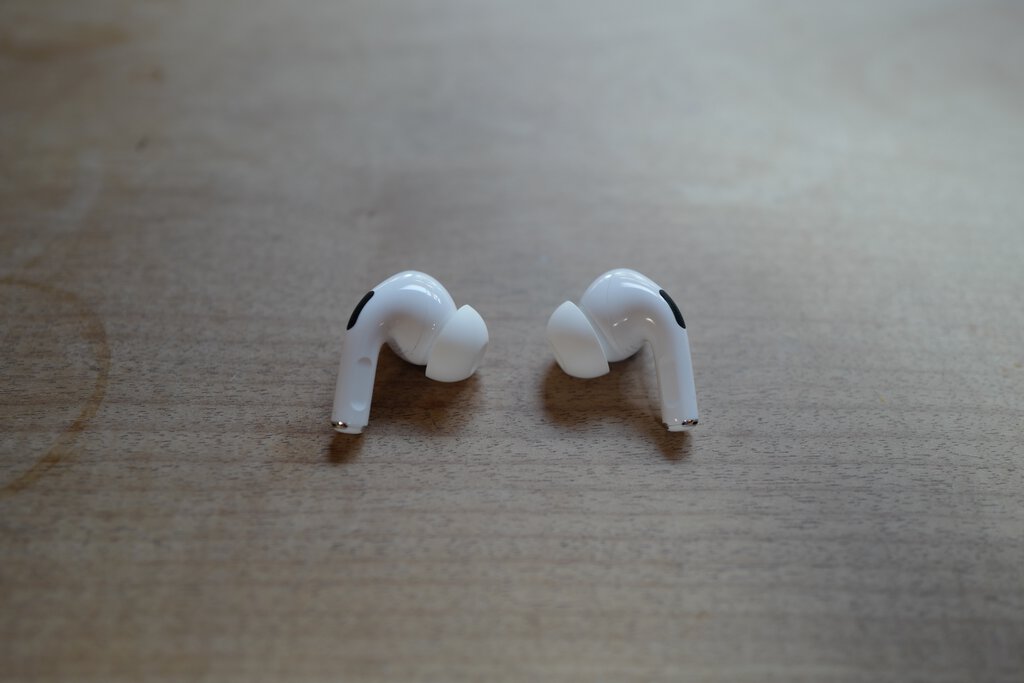 I’ve previously written about the first generation of AirPods, which I consider Apple’s best product release in years. I’d skewed all the way from not planning to buy them at all, to using them far beyond what I’d expected – in all kinds of day-to-day situations from cooking to running.

But as good as they were, the original AirPods had two major defects:

Well, Apple’s knocked it out of the park a second time. I’ve had the AirPods Pro for about two weeks, and am comfortable calling them the best earphones I’ve ever owned because they’re that much better than any other. They have all the advantages of the old AirPods (including the wireless charging case, fast pairing, and automatic pairing with all iCloud devices introduced in the second generation), and fix their problems.

The active noise cancellation (ANC) is unbelievable. I audibly gasped the first time I turned it on, and like magic, the noise made by our office’s HVAC system disappeared. I rode home on Muni, experimentally disabled it, and the transition felt like a punch to the face. The noise produced by San Francisco’s trams is normally hard to appreciate because your brain is so good at adapting to it, but when contrasting it to the relative quiet allowed by ANC, you realize just how embarrassingly loud this medieval system really is. Same on BART. I’ve had some old Bose headphones kicking around for a few years but was never impressed with them; Apple’s ANC works better by full multiples.

Taps have been replaced by presses. Once for play/pause, twice for forward, and three times for backwards. A long press to toggle between ANC and “transparency” mode (which passes through outside sound). Unlike the taps, the presses are tactually satisfying and functional.

At first the Pros’ fit into their charging case is a little more awkward than the originals because the big silicon buds can’t provide as perfect of a fit, but you quickly get used to it. The subtle magnetic suction is still there. The charge light is improved – tap the case while it’s on a charge mat and it’ll show amber for charging and green for charged. The case is a little bigger than the last generation, but feels about the same.

The larger case is offset by smaller AirPods. Specifically, their stems are noticeably shorter. You know that trick your brain plays on you when you upgrade to a phone with a larger screen, use it for a few weeks, then go back to look at your old phone – the same phone that you used for years – and it looks absurdly, impossibly small? I’m getting it after using the AirPod Pros for only a few days – the stems on traditional AirPods now look comically long.

With the non-Pro AirPods I always kept a pair of wired earphones with good sound insulation close at hand for use in environments that weren’t perfectly quiet. The Pros will end that practice, with the only advantage of wired at this point being battery life in cases where you want to listen for really extended periods.

These may be the perfect earphones. Another welcome home run from Apple.